There are no upcoming events.

It’s been a wonderful year for TOS. For a comprehensive report of all the events that happened this year (new ones, making traditional ones even bigger, and even a fire ramen challenge photo finish!), see the following blog post!

We had a great turn out to watch the Disney classic, Mulan, about a girl who goes to war to save her father and ends up saving China in the process. Special snacks were provided beforehand in the Blue Boar Common Room. Everyone seemed to love the film and enjoy a well-deserved revision break! 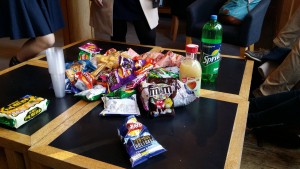 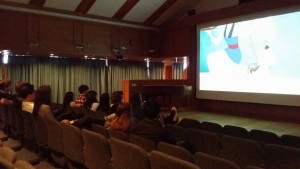 The story of a poisoned Emishi Prince and a Princess raised by wolves, bridging the gap between Nature and humankind in a world where Forest Spirits defend their home from the Ironworkers. A very well-received Miyazaki piece, first of many to come.

Freshers sign-up for societies for the new year, held after Freshers’ Formal.

An afternoon of kimbap, tteokbokki (spicy rice cakes), korean pancakes and games on the bowling green as the Freshers’ Week winds down.

Interested in picking up a new language? We offer Chinese, Korean and Japanese beginner sessions!

This wuxia film (a genre of Chinese Films heavy with martial arts sequences), tells the complicated relations between five people: Li Mu Bai (Chow Yun-fat) is an accomplished Wudang swordsman; Yu Shu Lien (Michelle Yeoh) is a female warrior, Mu Bai’s love interest, despite being promised to another; Jade Fox, a dangerous assassin who is the target of Mu Bai’s vengeance; Jen, a seemingly normal aristocrat and Lo, a desert bandit relentlessly pursuing the one he loves.

Directed by Academy Award-winning Ang Lee, this is a movie you need to see at least once in your lifetime.

Learn how to make one of Korea’s most iconic foods, the Kimbap! (And also how to differentiate it from sushi.)

A continuation of last term’s classes! We offer Chinese and Japanese sessions.

In a world poisoned from the apocalyptic war that took place a thousand years ago, humans now share the earth with giant mutant insects, including the gigantic armoured trilobite-like creatures called Ohm. It is in this world that we tell of the courageous tale of Princess Nausicaä, who tries to find a way for humans and Ohms to co-exist. Another masterpiece of Miyazaki’s, with another beautiful take of the relationship between Mother Nature and humankind.

Due to the popularity of the first tea tasting session, we decided to hold another one in Lent! But this time, with different varieties of tea!

A well-loved classic of Miyazaki’s creation, this movie tells of the heart-warming story between a young pair of sisters and the forests spirits that became their friends.

One of the biggest events of the year, the annual dumpling making night celebrates the coming of the year of the Monkey! There was a huge turn out this year (and even an impromptu mahjong table was set up).

Meeting between potential committee candidates for the next year and the current committee.

A new committee was elected. We wish them all the best for the coming year!

Trinity’s exclusive societies’ fair under the Wren Library, straight after the Freshers’ Formal.

A chance for freshers to mingle with other oriental culture lovers. Homemade Kimchi pancake, the star dish of the night, was proved very popular.

This was the annual highlight – a delicious and fun event to celebrate Chinese New Year. There were hands-on opportunities for all, experienced professionals as well as first-timers, to try and make a few dumplings themselves.

A show-of-hands vote was taken and a new TOS Committee was elected unanimously for the year 2014-2015.

A casual gathering in the lovely garden with free nibbles and drinks offered to help take out any remaining stresses after the end of Tripos.

Talk by Ethan Ohs, an Asian American from Common Purpose, who gave a talk on “How to be a responsible and effective leader”

A very well attended event by freshers and existing members alike, during which we cooked several Chinese dishes, as well as serving tea and drinks

Making sushi – another well attended food night and members were very interested to learn how to make sushi and many expressed interests in having similar events in future.

The society was successfully passed onto a keen and energetic upcoming committee.

Biggest event of the year, a trip to London to eat dim sum in Chinatown and visit the Houses of Parliament

The election of the new committee was followed by a joint film night with ABACUS, watching ‘Love in Space’ (Mandarin film)

CCTV-5, the Chinese television channel, visited to film a programme on the Olympics in Cambridge hosted by Guo Jingjing, Olympic diving star, with the help of members